The power of belief

You are here:
Blog-en

His name is Pablo Lozano, one of the founders and directors of the Lozano-Altur Tennis Academy. Since he was a child, his life has revolved around a tennis racket: “My father played tennis. Every Saturday he took me and my brother to the club. That’s where I started playing with my brother and some friends. ”

Over the years, Lozano became a competitive tennis player dreaming of playing on the ATP circuit. “I was able to play at a decent level, but it was not enough to play professionally. I had an option in Germany to play club tennis while also working as their club director.” However, Pablo still felt the need for competition: “I was young, I began to see the players that I grew up with were playing big tournaments. That’s when I decided I wanted to be there but in a different role. I wanted to be a professional coach”, said Lozano.

With the competition in his blood and the goal of becoming a great coach, he decided to return to his native city of Valencia. There, he discovered TenisVal, a renowned academy where many of the best players in the world were training. Fortunately, Pablo was able to join the staff. “Those were very good years. I learned so much and was able to humbly contribute what I knew, but I was mainly inspired by the knowledge and information from the rest of the staff and players. ”

One day in May, after several seasons of learning from the best, a 16-year-old Italian girl arrived: “From the first moment I saw her, I knew she had something special. She was very competitive and intelligent. But she was not very skilful, wasn’t very big physically nor had impressive shots; but I realized that, with hard work and developing her mental skills on court, she could play very well. ” That girl was Sara Errani.

The Lozano-Errani duo worked flawlessly. After 15 years working together, they achieved more triumphs than they ever imagined. Sara became the fourth best singles tennis player in the world, reaching the finals in Roland Garros and winning five WTA titles. As a doubles player, her performance has been even more impressive, winning five Grand Slams and becoming the No. 1 in the world. Always accompanied by Pablo Lozano, her coach, mentor and best friend.

“The key has been to show a lot of mutual respect. Have the same priorities as a team, but also give each other some space. Above all, what united us was having the same common goal. It was essential that everyone suffered in their own way so that the project could move forward. It fills me with joy when I look back and see everything we have achieved together,” Lozano said. 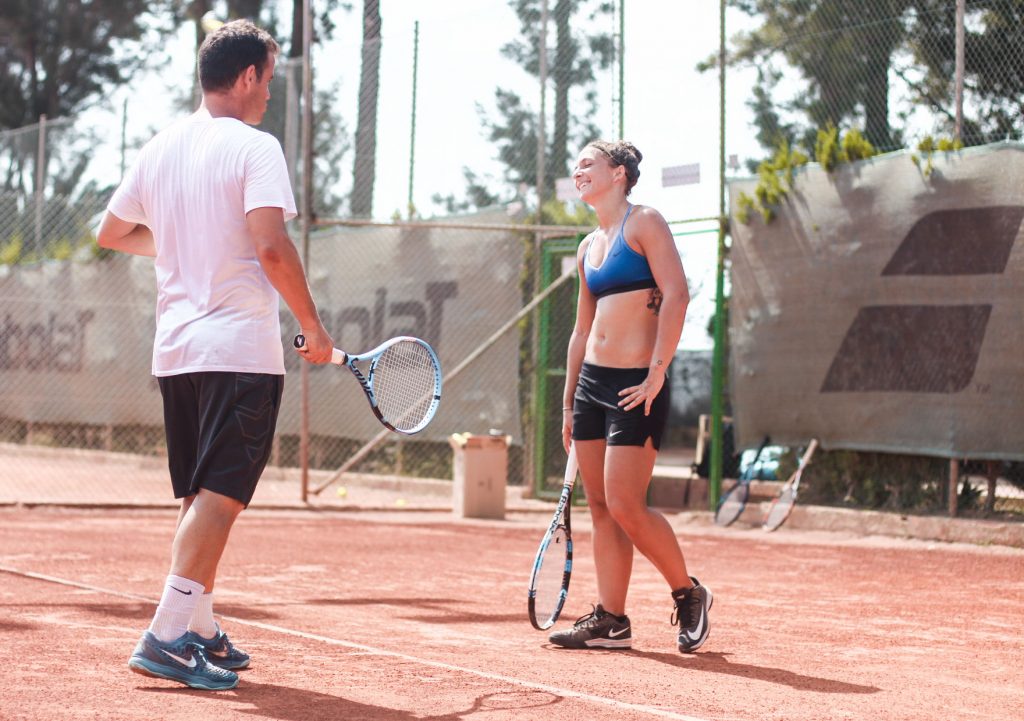 The pressure of the circuit, added to the long trips away from home, obliged Lozano to diminish the number of monthly trips with Errani. At that same moment, TenisVal, the academy that forged him as a coach, was slowly disappearing. After more than 20 years of history and having trained players like Marat Safin (1 ATP), Dinara Safina (1 WTA), David Ferrer (3 ATP), Daniel Gimeno (49 ATP), Igor Andreev (19 ATP) and Taro Daniel (62 ATP), its directors, José Altur and Pancho Alvariño, decided to part ways.

Given the situation, Lozano saw an opportunity to give back everything the sport had given him. “The fact of living so closely what had happened to TenisVal saddened me in the deepest way. For such an amazing academy to disappear, where so many high-level players and coaches had gone through, It would’ve been a shame to let it go. That’s why I decided to join José and try to do build a place even more professional. Not at easy task considering the success they had in the past. But I knew that by taking advantage of the coaches knowledge and using our existing methodology, we could make it happen, so we decided to give it a go. That’s how Lozano Altur Tennis Academy was born “, says Pablo.

Currently, players from all over the world live in the academy. There, tennis players train under José Altur’s successful system where hundreds of top players have forged their skills while also being guided by the experience of Pablo, a hard worker who, based on effort, positivity and intelligence, could transform a 16-year-old girl into world class player.

Professional tennis is a competitive world, time and mind consuming. However, when you visit the Lozano Altur Tennis Academy and see the smile and passion that Lozano puts in each session, you understand the reason for his success. “For me, tennis is fun, passion, playing and competition. Knowing that my daily schedule is related to having a racket in my hand, is extremely satisfying. Tennis has given me a lot of good things and, for that, I will be eternally grateful. “