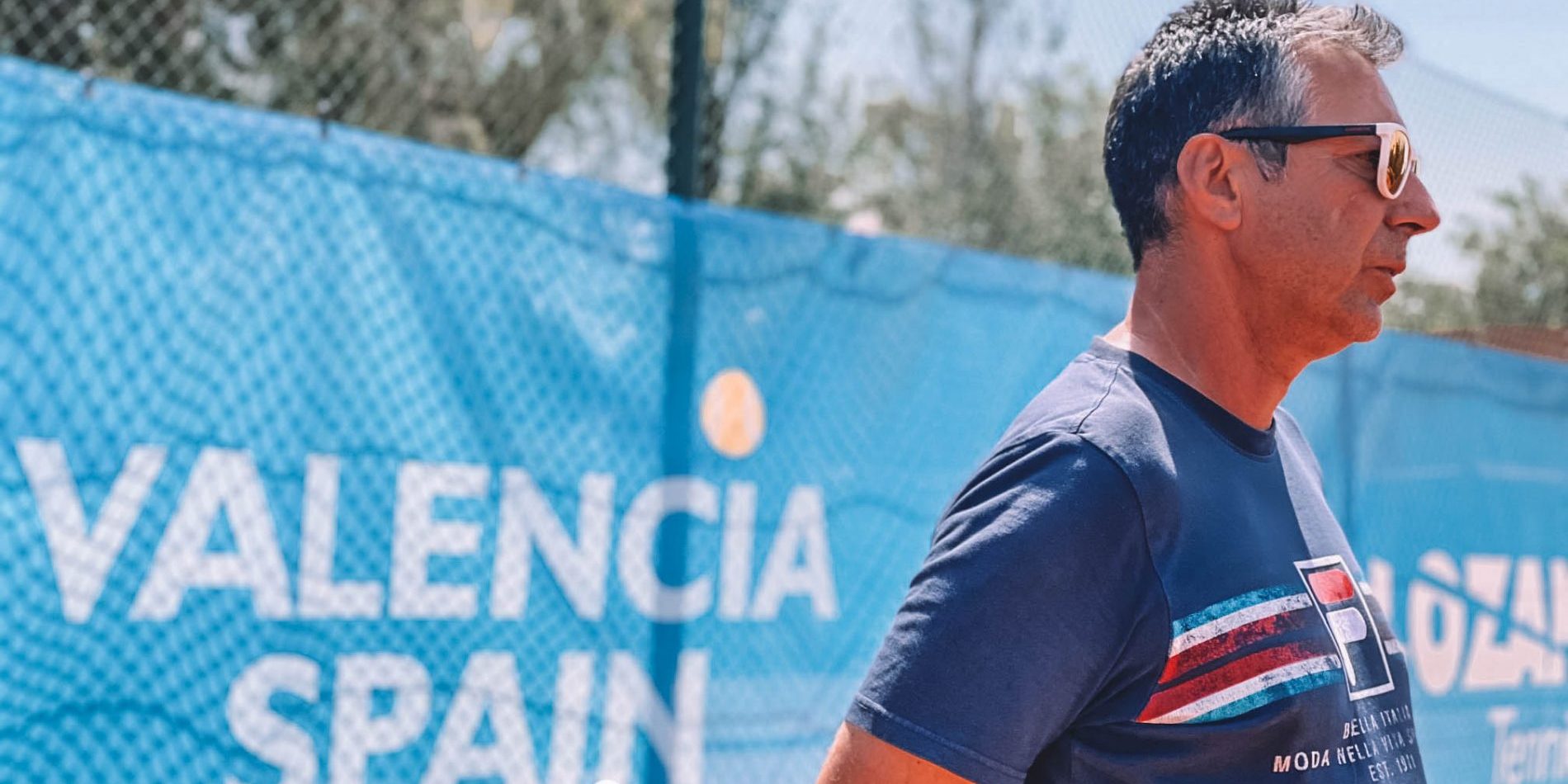 More than four and a half decades with tennis as a way of life have led José Altur to become one of the best coaches, recognized for his inexhaustible passion and unique knowledge, the valencian works tirelessly in the training of new players in Lozano -Altur Tennis Academy, where he has directed players such as Igor Andreev, David Ferrer, Taro Daniel, and currently, Timofey Skatov.

Born in Valencia in 1968, José Altur knew the sport of the racket at the age of six, never to separate from it, a career that lasted 10 seasons as a professional player and that now lives from abroad, as a coach with it, or perhaps , more passion. “They are stages. The player stage is over, the stage with Andreev is over, the stage with Taro is over… they are all good, but I don’t miss them. All I need is adrenaline, that little point that competition gives you. All of us who have played have it in our blood, so then we get into this mess that is training”, acknowledges the director of our Academy.

As a professional player, José Altur was among the 100 best in the world in a very hard time for white sports, where the tennis player’s economy is not the same as it is today. Although he confesses to having enjoyed himself as a player, José Altur enjoys his role on the bench more today. “It was another responsibility. I also have to say that, as a coach, the results were better than as a player, so I have experienced better things training than playing”, he details in an interview shared by the portal Punto de Break.

Twelve times he entered his name José Altur in the main draw of a Grand Slam, reached the Top 90 and lifted an ATP title when he was consecrated in San Marino. However, the complexity of tennis has not changed over the years, being a very tough profession and one from which it is more than difficult to live. “I am proud, but in my time the fact of winning an ATP, or being among the top hundred, hardly gave you a living”, he confesses. “They did not give the same awards as now. Before, you still earned € 40,000 in a year and now they only give you for playing Roland Garros. Before it was all more complicated, airplanes were much more expensive, now you take a Ryanair and they are in any country. I remember going to the Australian Open for a year to play the qualifying phase and the plane ticket cost me € 2,000. The prize for playing the first round was € 2,000. You went to an Australian Open and you lost money”, he remembers. 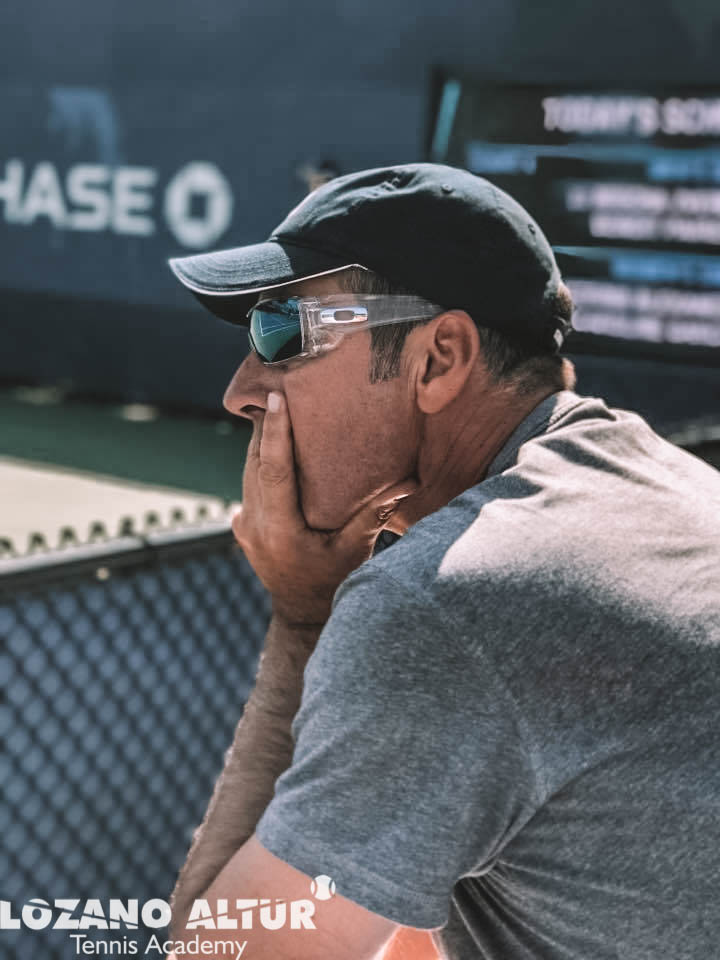 In his time as an active player, José came to face players like Courier, Chang, Krajicek, Woodforde; a decade of much learning that gave him enormous experience, knowledge and that led him to a new stage. In 1995 he hung up the racket to take on a new role, which he began at age 27 after evaluating the sacrifice he made to compete on the professional circuit. The financial compensation was not enough, and although it had a decent classification, the numbers did not give.

A new vision on court

Without letting go of his racket, Altur evaluated his future, aware that there were more ways to earn a living on a tennis court. He played interclub and national tournaments in Germany, but later he would find his great vocation, teach. “I set up the TennisVal Academy with Pancho Alvariño at a time when Marat Safin was emerging, so there was a very high influx of russian players who passed through here. Everyone wanted to be like Safin, until Igor showed up and I saw him. A good character, good manners, he arrived in Spain when he was 14 years old and until we were 16 we were traveling in a group, but one day he hit the jump and climbed a step. At 17 I already needed a closer person and that was when I began to dedicate myself exclusively to him”, he explains about his beginnings.

Many outstanding professional players have traveled to Spain to train, to grow and take off in their careers, seeking a successful system that has already produced champions, recognizing the success of the vision of this Academy. Altur, who heads the work team together with Pablo Lozano, says that players must specialize in three or four things in which they are good, “very simple, very basic. Whoever comes to Spain knows what is coming, the percentage of Spanish tennis players in the top 100 is the highest in recent years, with which the system is good. There are other systems, you can run away from points and play everything very fast, but it is not ours. To play that system you have to be taller and have a more serving profile”, he details. 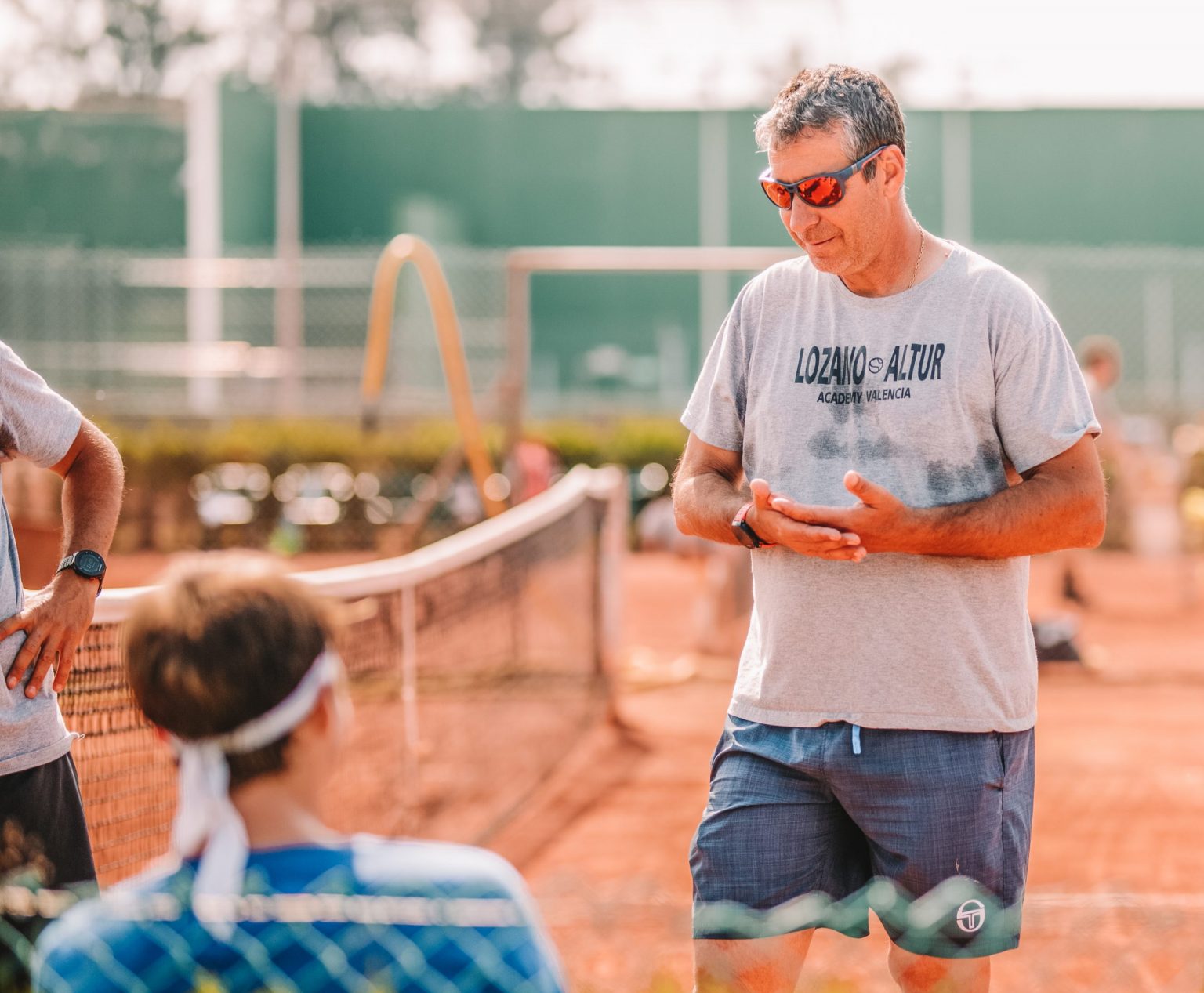 His methodology, he says, seeks to expand the tennis player’s intelligence, teach him to play in the correct places, to know how to select the plays and decide on the correct ball when to change direction, establishing an orderly tennis. “The court is very large and it seems that there are gaps during the points that do not really exist, although visually you see them, then it is not easy to execute it”, confesses who has more than 45 years with white sport as a way of life.

Although the weather and the players have changed, the desire to continue training is the same for José Altur. He currently directs a former junior world number one, Timofey Skatov, with whom he travels the national and international geography, seeking to overcome, however complicated and demanding, the successes he has already had in the past. “I have to keep trying to take the kids to the elite, or to the maximum of their possibilities. I already tell you, adrenaline is what moves everything. When they play, I play. The moment I lose that, I will quit and dedicate myself to teaching young children. At the moment, I still think I’m still playing”.

“It is a pleasure to work in a place where we all get along”, Nacho Beneyto Sarrió
September 4, 2020